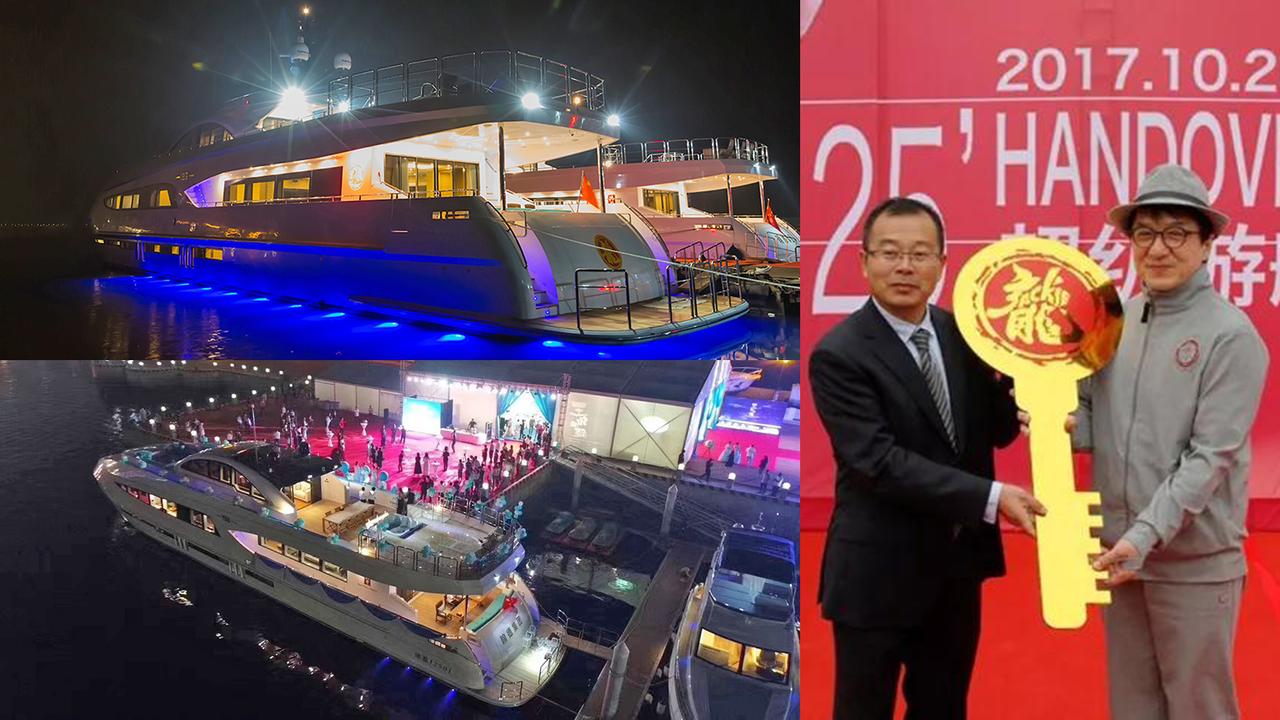 A new yacht for Jackie Chan!

The hand-over ceremony already took place a while ago, in which Jackie Chan was presented with a giant golden key as a symbol of his ownership of the boat.

Later he took the helm of the Ruiying 125 and headed out of Anchor Bay Marina in the company of a delegatie of city leaders. This yacht is the second Ruiying 125 that is launched in the last couple of months.

Some key features of the yacht are the helideck, a Jacuzzi, sauna and a superyacht gym (of course ;-)). With two 1900 HP Caterpillar's, the yacht can reach a speed of up to 23 knots.

In a press conference, the shipyard revealed that Chan might have plans to own an even larger yacht.