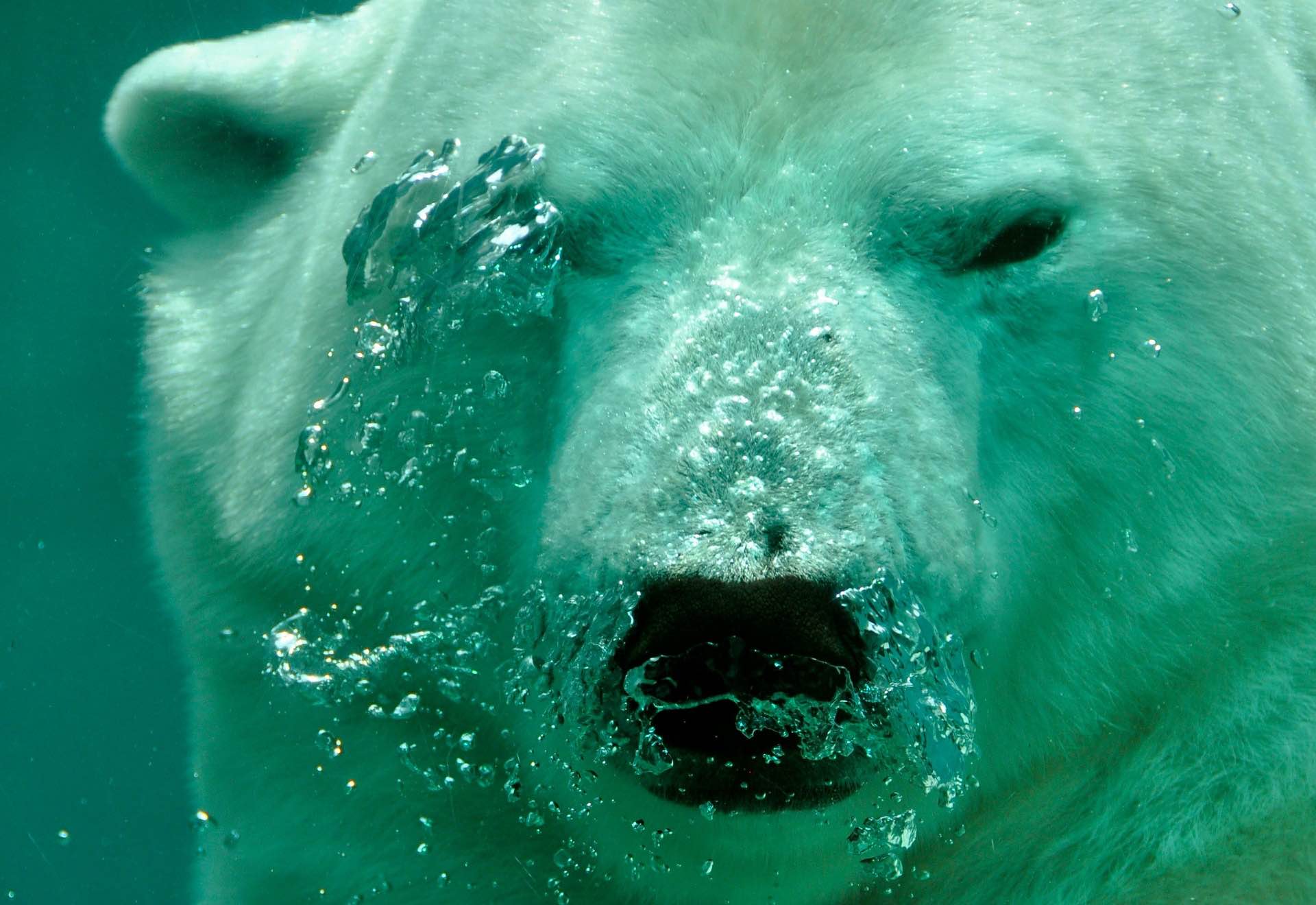 1. Polar bears are found in the countries around the arctic circle, such as Canada, US, Greenland, Russia and Norway.

2. Polar bears clean themselves by rolling in the snow.

3. They have no natural enemies, besides mankind.

4. Polar bears can swim up to a speed of 8 knots per hour.

5. Their nose is so powerful that can smell a seal on the ice 20 miles away.

Polar bears play an important role in the overall health of the marine environment. The loss of sea ice habitat from climate change is the biggest threat to the survival of the polar bears, since the polar bear depends on sea ice for their existence.

Every year the organization Polar Bears International organizes a global day of action, in addition to the many other things they do to help the polar bears. This year the global day of action is all about the Thermostat Challenge. With lowering the thermostat at home or at work, you help reducing carbon emissions and help polar bears. Make it social with #polarbearday.

So, if there's one thing you should do in honor of it being International Polar Day, turn down your thermostat.